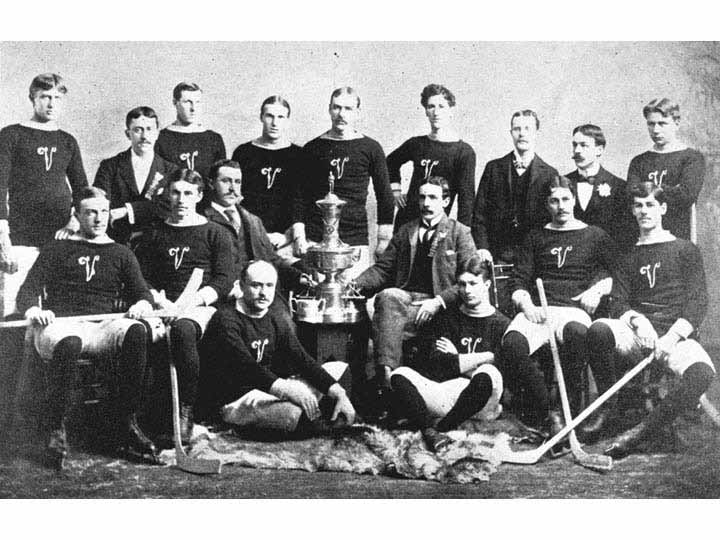 The 1896 season had an interesting twist, in that two clubs - the Montreal Victorias and the Winnipeg Victorias were both declared Stanley Cup winners within the same calendar year.

The Winnipeg Vics, with George "Whitey" Merritt decked out in his trailblazing white cricket goalie pads, had challenged the eastern Victorias in February and wound up knocking them off 2-0.

The Winnipeg club became the first team outside of the AHA to lay claim to the Stanley Cup.

A rematch, ten months later, in December, provided the Winnipeg club with a different outcome.

The match, played at the start of the 1896 season, returned the Cup to Montreal. After losing the challenge earlier in the year, the Montreal Victorias wasted little time in requesting a rematch in order to bring back the Cup to Montreal. However, satisfactory ice conditions could not be ensured and the series was delayed.

The Victorias of Montreal had to wait until December for suitable ice. At the Granite Rink in Winnipeg, on December 30, 1896, Montreal got their revenge, defeating Winnipeg 6-5 in a hard fought battle. Montreal overcame a 4-2 half time deficit to tie the contest at five, before Ernie McLea potted his third of the game in the closing seconds.

After the game, players from both teams met at the Manitoba Hotel where Montreal Victorias captain Mike Grant was officially presented with the Cup.

A celebration, after the conquest, ensued at the Victoria Rink in Montreal with a band in attendance and the Stanley Cup on display.

Harold Henderson eas a reliable player whose excellence as a skater and fearless competitor was rarely highlighted, though he was always respected by opponents.

Mike Grant, (pictured below), was known for his end-to-end rushes from his defense position and was brilliant in the challenge game. He began playing organized hockey at age nine with the Junior Crystals, in Montreal. 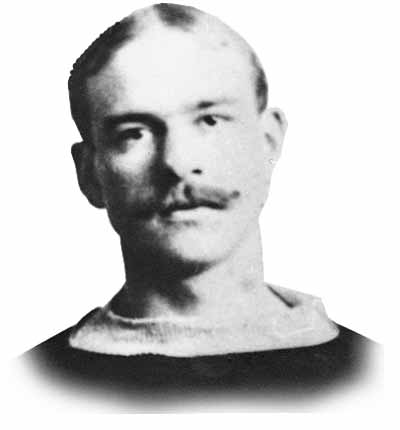 Bob MacDougall led the AHA in scoring with ten goals in six games. Just 20 years of age, he attended McGill University for a year before securing a job at the Bank of Montreal.

Graham Drinkwater (below) scored the go ahead goal in the second half. He teamed with Davidson and MacDougall to form a deadly combination. 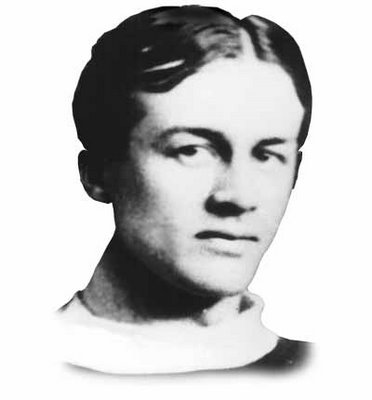 Shirley Davidson stood 5' 6" and weighed 150 lbs. He was the outstanding player of the first challenge loss in Febuary and tallied twice to help the Vics regain the Cup in December.

Ernie McLea was a 20 year old who also played football with McGill. He scored the Cup winning goal in what was very quickly called the best game ever played.

Robert Jones played every minute of the season in goal for the Victorias. In Montreal's successful rematch, the Winnipeg Daily Tribune stated that "He is certainly a slendid custodian....He had many shots to stop, and he aquitted himself in such a manner that nothing else can be said but that he did his duty well.

David Gillelan was a spare for the Vics and appeared in neither challenge.

Stanley Willett also appeared only in league play. He was the owner of the Richelieu Woolen Mills as well as Chambly Shovel Works.

William Wallace played only one league game in this season. He was injured during the first challenge and had to remove himself from play.

Gordon Lewis became the team's number one goalie after the challenge victory.

Hartland MacDougall, although no relation to Bob, was also born in Lennoxville, Quebec, and like his namesake, worked at the Bank Of Montreal.