Avery Gets Out Of Lombardi's "Double Secret Probation" Period, Heads Off To Broadway

Share All sharing options for: Avery Gets Out Of Lombardi's "Double Secret Probation" Period, Heads Off To Broadway 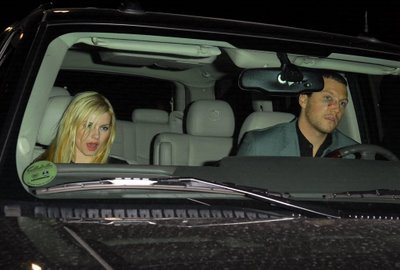 Avery, the NHL's most-penalized player the past two seasons, was traded to the New York Rangers on Monday night in a deal that sent checking forward Jason Ward to the Los Angeles Kings.

Back in July of 2006, Kings GM Dean Lombardi mimicked another famous Dean, a certain Dean Wormer of Animal House fame, by placing the thorny Avery on what the GM termed "double secret probation".

It was thought at the time that Avery's newly signed deal with the Kings contained behavioral clauses linked to his bad-ass off ice image and penchant for controversial statements.

New York will definitely be more interesting with Avery's mouth to quote from. Leashes and muzzles were not included in the multi player deal.

Avery had 10-18-28 stats with 116 PM's in 55 games this season with the Kings, who also acquired the rights to unsigned forwards Marc-Andre Cliche and Jan Marek. Los Angeles sent 19-year-old prospect John Seymour to the Rangers.

"Some teams were actively pursuing Sean, the New York Rangers were very aggressive," Kings general manager Dean Lombardi said. "From our standpoint, the key is the young player, Cliche, who has impressed us."

Avery has made more of a splash off the ice.

He also was outspoken a few months later when he received a fine for diving during a game. Avery complained about the punishment, which resulted from a second offense, and drew a second $1,000 fine. He suggested that the NHL singled him out because of his earlier comments.

As part of his protest to the diving fine, Avery chastised union members on the league's competition committee - including new Rangers teammate Brendan Shanahan - for agreeing to such penalties that aren't subject to appeal in the collective bargaining agreement.

The 26-year old Avery had 257 penalty minutes in 75 games last season along with career highs of 15 goals, 24 assists and 39 points. He signed a one-year contract with the Kings before this season worth $1.1 million and can become a restricted free agent in the summer.

"He's been good," Lombardi said. "All year he's learned to be a better teammate. He comes to play every night. Sometimes emotion gets the best of him. I think he's made marked improvement this year.

"Sometimes players just take a little time to mature. Sean's still young, hopefully he'll continue to do so. He's going to a big stage now. If he continues (to mature), he'll do just fine. From the summer, when I first got there, there wasn't much of a market for Sean Avery. He's made progress."

The deal was completed shortly before the Rangers faced the Detroit Red Wings, Avery's first NHL team. He is expected to join the team for Tuesday's game at New Jersey.

New York has been looking for a spark while trying to break out of a slump in which the Rangers lost six of nine and 13 of 20. They were held to two goals or fewer 11 times during the stretch that dropped them below the cutoff line in the Eastern Conference playoff race.

Ward, who can be an unrestricted free agent after the season, had four goals and six assists in 46 games. He was scratched for five of New York's previous seven games.

Seymour had one goal and five assists in 34 games with the Brampton of the Ontario Hockey League.

"Jason Ward obviously is an NHL player, he can come in and play for us right now," Lombardi said. "A player like Cliche, who played for the Canadian National team, this kid works his tail off, he's the type character we're looking for.

"Marek is one of the leading scorers in that league. He's got a lot of skill and is made for this game. Two players who have some upside and a player (Ward) who can come in and play now. I think this made a lot of sense for us."