Kostitsyn Brothers Tearing It Up

Share All sharing options for: Kostitsyn Brothers Tearing It Up 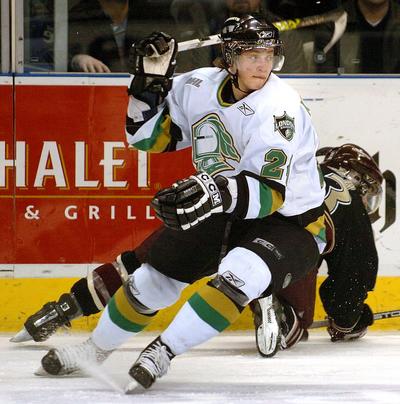 London Knights' forward Sergei Kostitsyn was the OHL Player of the Week for the week ending January 14, 2007. Kostitsyn, a prospect of the Montreal Canadiens, scored three goals and added seven assists for 10 points in three games. He is the brother of Andrei, who was chosen 10th overall by the Canadiens in 2003. The younger Kostitsyn now has 89 points in 45 games. 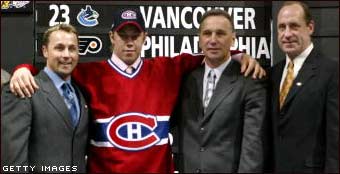 The American Hockey League announced today that Andrei Kostitsyn of the Hamilton Bulldogs has been named the AHL Week for the period ending February 11th, 2007.

Kostitsyn, 22, registered eight points (5-3-8), a plus-1 rating and 13 penalty minutes in four games last week, helping the Bulldogs post a record of 3-0-1-0 and extend their point streak to a season-high 10 games.