Share All sharing options for: Hurricane Carter And Other Canuck Suitcase Kings

For Carter, the deal will be a refreshing change of pace from an also ran team to a playoff contender. He also qualifies as the new poster boy for Samsonite. An endorsement deal with a luggage manufacturer may not be far from Carter's mind.

The deal slips completely under the trade radar of rumoured deals in the past few. Canes GM Jim Rutherford did well to obtain a player with experience and upside to his team for a mere song - a 5th round pick, two season away.

While it isn't likely to be the blockbuster move that trickles a domino effect among prospective trading GM's nearing the deadline for deals on Tuesday, the move is a smart one for Carolina down the stretch. Carter is just one season removed from scoring 33 goals with the Vancouver Canucks, and shores up the Canes depth at forward. For Carolina, the move is similar to deals the team made last season in aquiring experienced forwards Mark Recchi and Doug Weight. 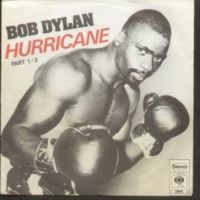 Carter, who has now been traded 7 times, joins his 9th NHL organization. The player sometimes known as the "Chocolate Rocket" was originally drafted by the Quebec Nordiques in the 10th round of the 1992 NHL Entry Draft.

It remains to be seen whether hockey fans in Raleigh tag the much travelled vet with the "Hurricane Carter" moniker of former boxer Reuben "Hurricane" Carter, the murderer made infamous by a great Bob Dylan protest song in 1976 that proclaimed his innocence.


The trade does made a little extra work for Joe Pelletier at the Legends of Hockey Network. Joe recently put together an all encompassing post on the little known history of Black Hockey. He will now need to touch up the Carter entry to include this latest trade. He might do well to keep the file open!

Carter might be reluctant to recognize that he is becoming one of the most traded and travelled players in the game. It could be that he is much sought after. It could also be that he wears out welcomes quickly and becomes unwanted soon after. His resume reads like this:

Traded to Washington by Colorado for Washington's 4th round choice (Ben Storey) in 1996 Entry Draft, April 3, 1996.

Traded to Edmonton by Boston with Boston's 1st (Ales Hemsky) and 2nd (Doug Lynch) round choices in 2001 Entry Draft for Bill Guerin and future considerations, November 15, 2000.

Traded to NY Rangers by Edmonton with Ales Pisa for Radek Dvorak and Cory Cross, March 11, 2003.

Traded to Washington by NY Rangers for Jaromir Jagr, January 23, 2004.

Traded to Los Angeles by Washington for Jared Aulin, March 8, 2004.

Carter is fast approaching another, lengthier NHl tour of duty.

This player's travelogue detailed below, belong to the league's all time most travelled player, now with his 12th franchise.

Traded to Vancouver by Anaheim for Roman Oksiuta, March 15, 1996.

Traded to Tampa Bay by Philadelphia with Chris Gratton for Mikael Renberg and Daymond Langkow, December 12, 1998.

Traded to Florida by Tampa Bay for Ryan Johnson and Dwayne Hay, March 14, 2000.

Traded to Ottawa by Florida for future considerations, March 13, 2001.

Traded to Dallas by Columbus with Columbus' 2nd round choice (Johan Fransson) in 2004 Entry Draft for Darryl Sydor, July 22, 2003.

Traded to Phoenix by Dallas with future considerations for Teppo Numminen, July 22, 2003.

Traded to Nashville by St. Louis for Timofei Shishkanov, January 30, 2006.

This "feuille de route" belong to none other than Mike "Suitcase" Sillinger, a halfway decent all around player, who despite midling success at several destinations, was never quite able to call anywhere home.

I'm not sure if it qualifies as a Canucks curse, but like Carter and Sillinger, four other nomad skaters also passed through Vancouver for albeit brief stays on the way to suitcase infamy.

The original bagger of luggage, was a goaltender known as Gary "Suitcase" Smith, who started out his NHL life as a 4th stringer in the Maple Leafs organization in the late 1960's. Smith literally lived out of his travel gear as he was always a goalie too many somewhere. Curiously, he played his best hockey for brutal teams, which always tended to speak for an upside potential that never came. Smith toiled for 7 different NHL organization during his 14 year career in the bigs. that might seem like almost nothing in this day and age of rent a players and free agency. From 1964 to 1980 when he retired, Smith also plied his trade in another 10 destinations via minor league affiliated and WHA teams. He likely inspired the Rent-A-Goalie profession.

Two defenders drafted in the first round by the Canucks that made Rand McNally rich along their journeys were J.J. Daigneault and Michel Petit. Both bested Ashton's mark and gave Sillinger something to shoot for while becoming the ultimate spare part for an even ten teams. Petit and Daigneault were loaded with fleeting potential at one time. Issues of insecurity hampered their play at every stop.

Reversing the trend of defenders with a Canuck based compass, were backliners Eric Weinrich, now retired, and Keith Carney, currently with the Minnesota Wild. Both nearing the end of a long and winding NHL road, the pair were aquired by Vancouver in a failed attempt to reach the post season in 2005-06.

It's all enough to make one wonder if players won't soon be adding a "No Canuck Trade" contract clause.