Fresh Blood For The Canadiens

Share All sharing options for: Fresh Blood For The Canadiens 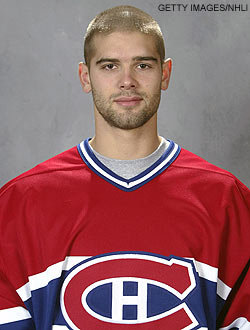 Canadiens GM Bob Gainey announced Saturday that right-winger Duncan Milroy has been recalled from the Hamilton Bulldogs of the American Hockey League.

Milroy, who has yet to play a game in the National Hockey League, was the Canadiens’ third pick (second round – 37th overall) in 2001. 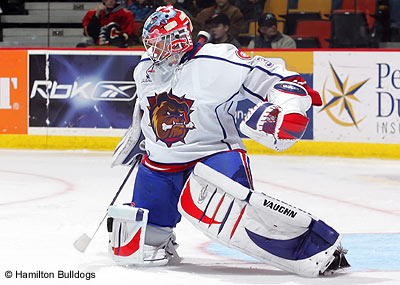 Canadiens coach Guy Carbonneau has stated that the recently called up Jaroslav Halak would see game action in one of two weekend games, most likely Sunday's matchup against the Columbus Blue Jackets.


While it remains to be seen how long Cristobal Huet will be out with a left hamstring injury suffered Wednesday, Halak isn’t just in Montreal as an observer.

"I don’t know much about him but [Hamilton Bulldogs head coach] Don Lever has told me good things about him," said head coach Guy Carbonneau. "He’s not here as a tourist, that’s for sure."

Even if he’s only played in 41 Bulldogs games since February 2006, Halak has still found the time to add his name to the franchise record books with nine shutouts.

His call-up didn’t surprise Maxim Lapierre, who witnessed firsthand what the Canadiens’ No. 41 is all about during his time in Steeltown.

"He looks big in the net," noted Lapierre, who was fortunate or unfortunate enough to face Halak during the goalie’s junior days with the Lewiston MAINEiacs. "He was really good when I was in Hamilton earlier this season and last year. He’s a big part of the Bulldogs’ success this season."