Emery Gets His Due

Share All sharing options for: Emery Gets His Due 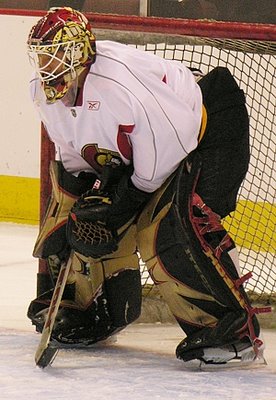 The NHL has suspended Ottawa Senators goalie Ray Emery for three games following his slash to the face of Maxim Lapierre during last Saturday's game.

I am kind of surprised at the length of the suspension. I'm not saying the action didn't deserve three games, only that I'm surprised the league found it deserved as much. It's hard to get a handle on what the NHL deems worthy of suspension.

The 10 games handed out to the Predators Scott Nichol for a suckerpunch to what should have been a suspecting player earlier in the year, still throws me off.

So a punch to the head is worth 10, and a paddle to the side of the face is worth three. I honestly don't know what is sensible anymore.

My question is why is it that the action only warranted two minutes during the game?

The You Tube link for the video clip is here. It has already added up 52 comments.

Martin Gerber will get the call between the pipes for games against the Panthers, Thrashers, and Oilers.