A Dynasty Undone - What Became Of The Seventies Canadiens

Share All sharing options for: A Dynasty Undone - What Became Of The Seventies Canadiens 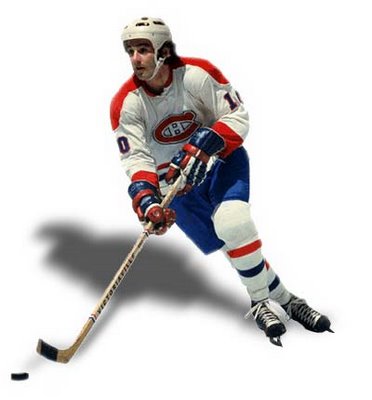 With the trade deadline fast approaching and the Canadiens fortunes slipping by the day, my attention soon turned to the teams soon to be UFA's, namely Andrei Markov, Sheldon Souray, and Craig Rivet on defense. While I'm becoming more indifferent to Markov by the day, I'm hoping more and more than GM Gainey finds a way to make big Sheldon happy. From there it's Rivet, only at the right price.

For someone who has watched the hockey landscape evolve over the decades, free agency still doesn't sit well with me. I've always felt that a team losing a player to free agency should be in some way compensated.

Losing players for little or no return reminded me of the late '70's, early '80's period for Montreal, where greats retired with no dividend to the team. While I'm all in favor of great players playing their entire career for one team, the Habs were somewhat decimated by a whole roster of uncashable assets from the '70's dynasty.

Towards the end of the Canadiens four Cup run in 1979, Genaral Manager Sam Pollock retired and coach Scotty Bowman, upset at not being handed the GM's job, fled to Buffalo. Neither position was ably filled.

I've chosen a group of 28 players who participated in 5 Cups wins between 1973 and 1979 to illustrate what happened to the Habs dynasty. The lack of talent continuity is obviously apparent as diminishing returns prevented the Canadiens from maintaining previous heights. Although they managed 2 more Stanley Cups in the interim, the depth has never been replaced.

The group of 27 players, divides itself a first group of 13 and a second one of 14. The first group are players that the Cana diens received no dividend from as they all retired due to different scenarios. While some were simply destined to retire as career long Canadiens, other reasons played into it as well. 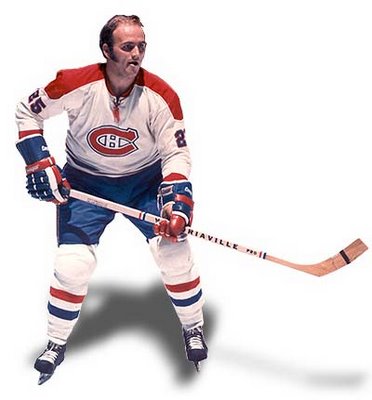 The second group of 14 includes players the Canadiens were able to get some return on, however small they were. Eight players descending from that group were members of Cup teams in 1986 and 1993.

It is interesting to note that backup goaltender Michel "Bunny" Larocque, two trades later, parlayed into Patrick Roy by sheer great luck. The return on Roy, as you will see detailed below, was equally dismal. 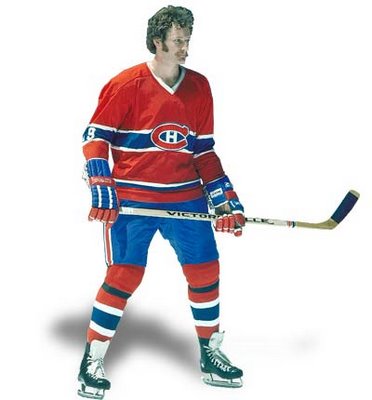 14 players, including 9 Hall of Famers with no return value to the team.
Richard, Laperriere, Savard, and Gainey retired due to their age.
Cournoyer, Tremblay, Houle, and Mondou retired due to injury.
Mahovlich and Tardiff went on to the WHA.
Dryden, Lemaire, and Nyrop retired with much hockey left in them.
Guy Lafleur was forced to retire as the Canadiens would not exercise his wish for a trade.
Tardiff returned to the NHL with Quebec Nordiques.
Savard and Nyrop made brief returns to the NHL with other teams. 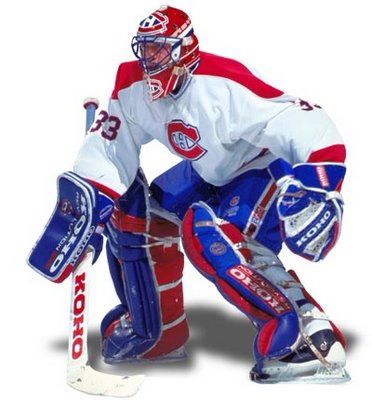 Of the second group of 14, only these 7 were in the organization in the '84-85 period. Five of them were on the '86 Cup winner, if you exclude Roy, who had just been drafted. The final piece falling into the lineup was Brisebois, who would be on the '93 Cup winner.

From the 7 assets above, only Roy, Brisebois, and Haller are descendant players from the '70's dynasty that won in '93.

After the trading of Roy in 1995, the returns dimished at an even thinner rate. The 3 players received for Roy were turned over for a total of 12 players in 8 seasons. No assets remain from the descendants of the Roy deal.

As a result of the Roy deal, two successive goaltenders stopped pucks for the Canadiens, Jocelyn Thibeault, and then Jeff Hackett.

While Hackett was traded away due to the emergence of Jose Theodore, Thibeault is presently the backup goalie with the Penguins.

All in all, a sad return on a glorious dynasty.