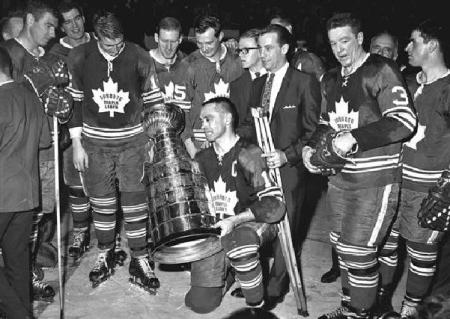 Tonight's the big night for members of the 1967 Stanley Cup Champions Maple Leafs, who are being honoured before tonight's matchup with the the Edmonton Oilers.

Too bad it wasn't fittingly celebrated with the Habs in town! 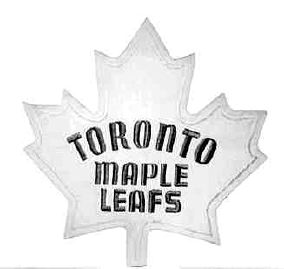 There is some speculation that Matt Stajan may take it upon himself to honour Leaf great and former captain Dave Keon by removing his number 14 jersey along the course of celebrations. While MLSE has a jersey honouring policy only, comments bt team president Richard Peddie stated unequivocally that no hasty ceremony in regards to Keon's number has been planned.

It is the wish of many Leafs fans to see the team retire jerseys rather than honour them. Keon would be a great place to start! 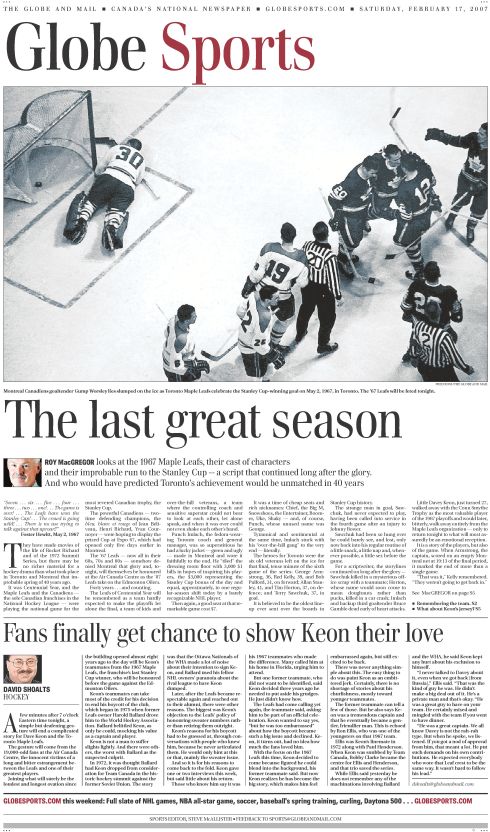 I'm quite pleased to see talk of this, as I'd mentioned of few days back that Stajan ought to do just such a thing. Joe at Legends, who has the '67 Leafs covered from Armstrong to Walton, also agrees.

All taken together, it should be a most memorable night for Leaf Nation as MLSE has appeared to finally be setting about getting things right with their oldtimers. It has surely made this Habs fan take note - up my respect for the organization a few notches. 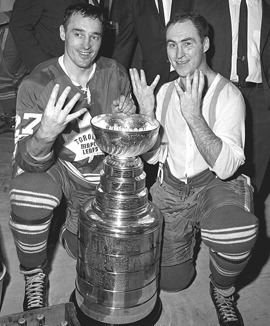 In my previous post, "Celebrating The 1967 Maple Leafs", I've added a huge cluster of link to articles on the internet and in media that cover almost every aspect of the 1967 team. There are also profiles of each team member, courtesy of the aforementioned Legends Of Hockey Network. Scanning through today's available resources, I've added to this post a dozen more that I found deeper and more interesting that the previous ones. There is lots of focus on Keon, are all in my opinion, must reads. Check 'em out! 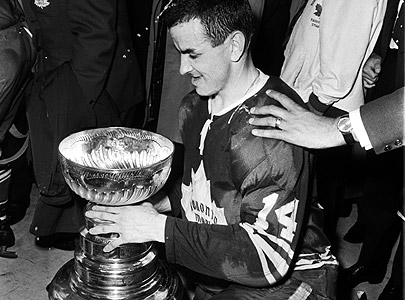 I am planning two more posts in the coming days on this legendary team. One will be an examination on how the team was dismantled, where those players went, and who arrived in return. Another post will be slightly more ambitious - I'm planning to upload the entire pre-game celebration, perhaps in three or four parts, to the site. It'll be tricky, but worthwhile I am sure. I might even check out some YouTube clips to see if they have anything pertinent from 1967.

Keep checking back for more updates from forty years ago.

From the Sporting News, Canadian Press, Stajan Would Give Up 14 To Honour Keon

From Sun Media, No Surprises For # 14, by Lance Hornby

From Slam Sports, A Tale Of Unrequited Love, by Steve Simmons

From Metro News, Keon Happy To Be Part Of '67 Honours 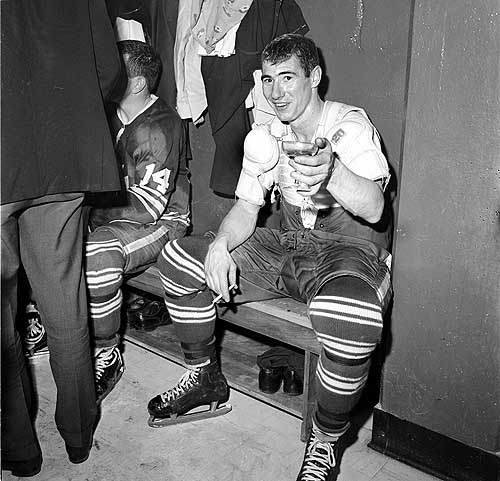 From the Ottawa Sun, A Restless Leaf Nation Relives The Glory Of '67 by Wayne Scanlan

From the Toronto Star, '67 Redux by Paul Hunter 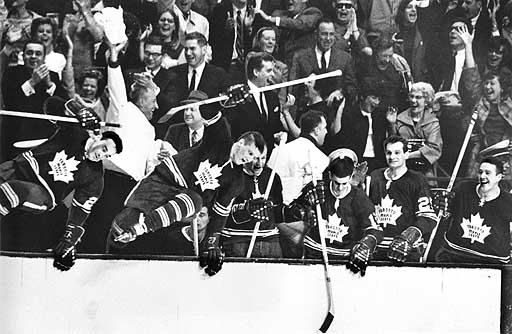 From the Globe And Mail, Fans Finally get A Chance To Show Keon Their Love by Dave Shoalts

From the Edmonton Sun, Turning Over a New Leaf by Terry Jones 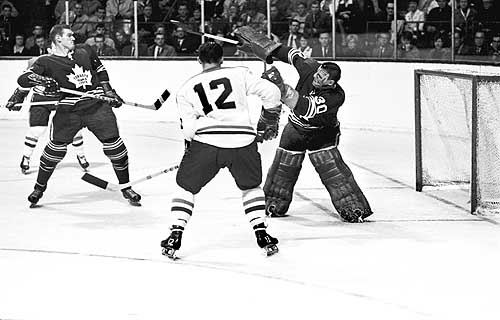 From Sun Media, The Forgotten Men Of '67 by Lance Hornby

From Sun Media, It All Went Downhill After Cup by Lance Hornby 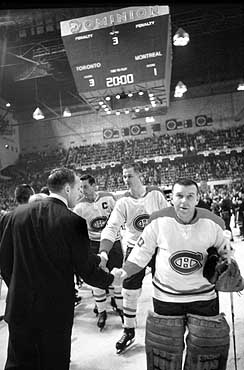 From the Hamilton Spectator, Forty Years by Neil Stevens

From the National Post, Larry Jeffrey - A Crutch Player by Joe O'Connor 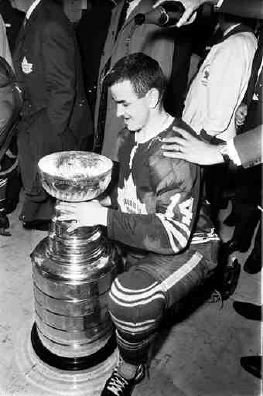