Share All sharing options for: Celebrating the 1966-67 Toronto Maple Leafs: Part One 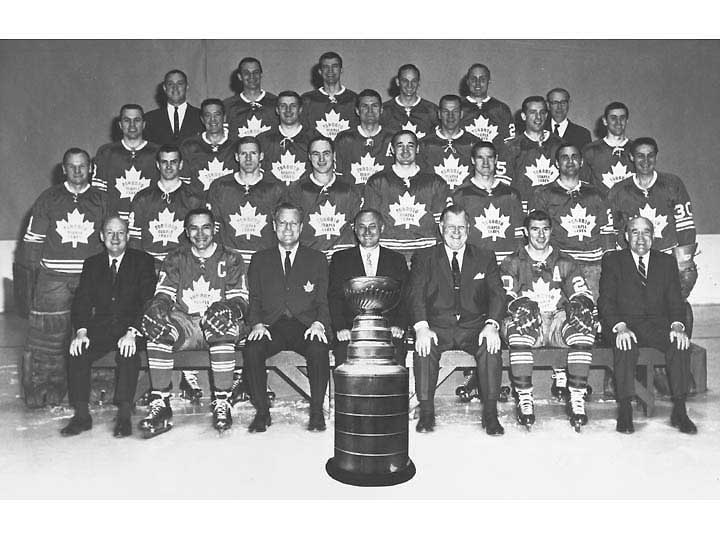 (NOTE - Mired in my own team's five-game losing streak / freefall, I have not jumped the bandwagon, rest assured. This post on the arch rival Maple Leafs is included on this blog purely because it is a compelling story.)

In 1967, I was barely five years old. I possibly knew what a puck and hockey stick were, had heard the name Bobby Orr, and could name two or three NHL hockey teams. The game captivated me around the ages of seven, eight, and nine, never to let go.

I remember Canada`s Centennial Year. Celebrations were everywhere and there was plenty of talk about Expo `67 and something called Man And His World. 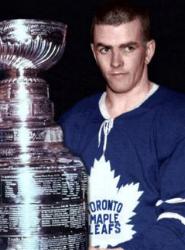 Growing up a hockey fan soon there after, I heard many forgotten tales of a Montreal Canadiens and Toronto Maple Leafs rivalry that never did materialize in my lifetime. Hearing my father`s stories, I longed to experience it, hardly realizing the Original Six era was done with, and that game would never be quite the same.

Kids in my day, around these parts, seemed to be either Habs fans or Bruins fans, with a sprinkling of Leaf supporters that were becoming a quieter bunch by the year. On TV, there were the Canadiens and Maple Leafs. The Canadiens won Stanley Cups while the Maple Leafs floundered for reasons I did not fully understand then. I made my choice easily. 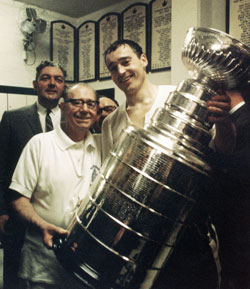 I could never exactly explain why, and still can`t, but resentment grew towards the Leafs. Perhaps I subconsciously disliked them for not showing up with great post seasons at the time. I always wanted to live those battles my father spoke so fondly of.

But enough about me and my Habs fan perspective. Suffice to say that I hated hating the Leafs. They seemed to never do anything right. When they finally did, in the 1990`s, I sensed a notion of the atmosphere that would permeate hockey fans Canada wide should the Leafs win or appear in the Stanley Cup final. 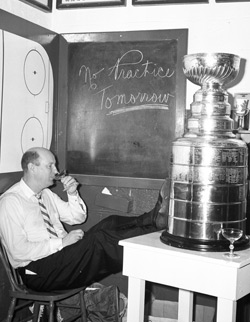 But enough about me and my Habs fan perspective. Suffice to say that I hated hating the Leafs. They seemed to never do anything right. When they finally did, in the 1990s, I sensed a notion of the atmosphere that would permeate hockey fans Canada wide should the Leafs win or appear in the Stanley Cup final.

I must say, I never felt more alive than I did in the spring of 1993. Imagine being thrilled and ultimately disappointed all at once! 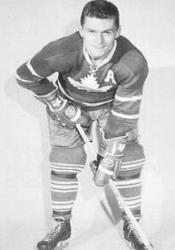 On Saturday, the Maple Leafs will be honouring its last championship, the 1967 Cup winning team. It is a 40th anniversary of sorts, but more importantly, it is being seen as a bonding with past greatness, and perhaps the mending of fences from days gone awry.

Even the most die-hard of Leaf Nation subscribers has to admit that many things in the past 40 hockey seasons could have been managed much better. Hopefully, in the near future, Leafs organizations will be more aware of their fans commitment to the team. Maybe they will pay more attention to their history, regardless of missteps. Maybe former players will be held in higher regard, despite not bringing home a Stanley Cup. Maybe they will be celebrated for their spirit of competition, their accomplishments, and their giving of themselves to an ever more demanding hockey public. 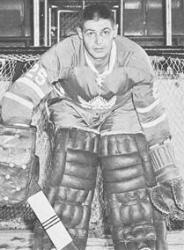 I say this without sarcasm, but if the Leafs want to be considered Canada's team, act like it. Over the past 40 years, they simply have not.

Wouldn't it be great for fans of the team, to see former players such as Wendel Clark, Paul Henderson, Dave Keon, and Felix Potvin, but to name a random few, partake in team functions, be it as simple as dropping the puck at a ceremonial faceoff on a particular night. 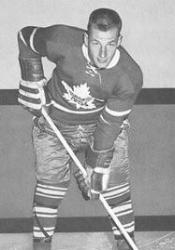 My wish for Leafs fan and former players revolves around the famous Ray Bourque / Phil Esposito moment in Boston years ago. I wish to see Matt Stajan go up to Dave Keon, and remove his jersey to reveal a new sweater number. I wish to see Mike Peca and Andrew Raycroft follow suit.

Is this asking too much?

General Manager John Ferguson Jr., whose father was a great player among Montreal Canadiens legends, could well appreciate such gestures.

On the subject of Saturday's ceremony, many a good piece has been written. What I have been able to find are listed below, and I will add to them as they come in. There should be plenty!

From the Toronto Sun, View From The Ice by Dick Duff and Johnny Bower (Must Read!)

From the Vancouver Sun, Original Six Largely Left In The Ditch by Cam Cole

From NHL.com, Leafs Set To Celebrate The End Of An Era by James Murphy

From the Ottawa Sun, '67 Leafs - One For The Ages by Lance Hornby

From Canada.com, Pappin Credited For Winning Goal In Leafs Stanley Cup Clincher in 1967 by Neil Stevens

From The Toronto Sun, The Punch Line: Celebrating the 1967 Leafs by George Gross

From the Toronto Star, '67 Leafs: We Had A Shot At More Cups by Kevin McGran

From Simcoe.com, Ellis Happy To See Keon Back In Fold by Jim Barber

From CBCsports.com, Keon Set To Return To Toronto by Scotty Morrison

From Toronto Maple Leafs.com, A Chance To Say Thanks... by John Ferguson Jr.

From Toronto Maple Leafs.com, The Chief Looks Back At '67 by Mike Ullmer

From the Hockey Hall Of Fame, the 1967 Stanley Cup Champions

For an abundance of Leafs history and information, visit this Wiki link

For an overview of the entire 1967 hockey season, Wiki has it covered here

Joe Pelletier at Legends Of Hockey has ambitiously been updating his Maple Leafs legends to include all member of the "Over The Hill Gang" from '67. You can read each player's profile by clicking on their names, or simply scoot over to Joe's site and lose yourself for a few hours. Just tell the wife you're going to get some bread and milk!

Non-players named on the Stanley Cup