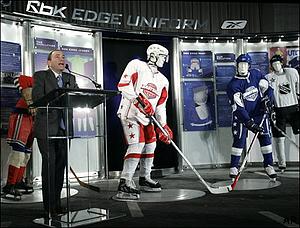 Seems all were getting for now is a prudent sneak peak via the All-Star duds, of what's to come.

Today was supposed to be the day of the big unveiling. Or was that last week?

The brainwashing this new idea will need in order to fly has the NHL proceeding with caution it seems. They have Sidney Crosby as its prime posterboy, conveniently signed as a Reebok spokesperson leading the way. They have carefully placed articles online loaded with spin about the duds effienciency that is said to make the average NHLer a whopping 8% faster due to lightness.

I wonder if former goaltender John Garrett, who once flew about a WHA ice surface in only skates and a jockstrap, took part in the testing?

Apparently, the water repelling aspect of the fibre reduces the amount of sweat a player carries, as the jersey does not soak it up. Tests on Sergei Samsonov proved inconclusive! 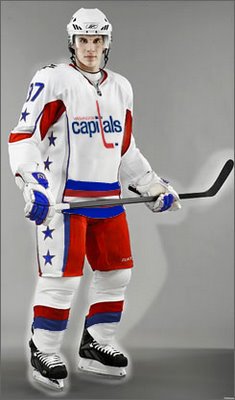 What I'm the most curious about, is will the jersey's fibres still allow it to be pulled down over an opponants head during a knucklefest? Will it then shrink back, giving their puggish grins that bankrobber-in-pantyhose look?

Will Ed Belfour still be able to untread the armpit stitching all the way to his wrists, giving himself batwings the envy of Gene Simmons?

All these questions will just have to wait, I guess.

Seems the NHL feels all this time off due to the All-Star shutdown might not be the wisest time to spring these radical duds upon us.

Anyone knowing when and where they can be checked out, I'd love to know.


Here's a bunch of reading on the subject while you wait.

At NHL.com: Players Will Have The Edge in 2007-08 and Phil Coffey and John McGourty go "Head To Head" on the issue of the Reebok duds. 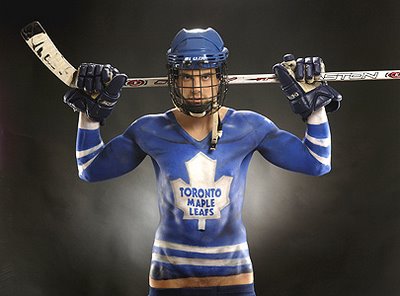 Out To Pasture: Fire breathing horse logo not at the glue factory but don't expect to see it soon..if ever again


Lighter On Their Skates.