Share All sharing options for: The New Equipment Spin 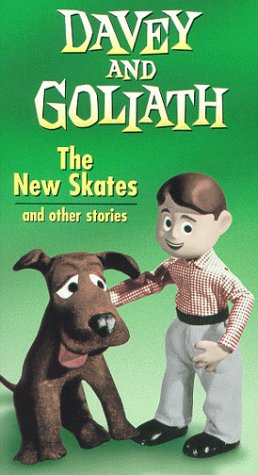 Year in and year out, for some time now, various manufacturers of different pieces of hockey equipement swear up and down that their product will improve the game of hockey and impact players on ice performances.

Lately we have had Reebok claim that a lighter jersey, with tighter fitting fabric, will now make a player skate faster.

Maybe they should have invented skates that makes a player so fast, the jerseys blow dry.

What next, somebody inventing a more accurate puck?

Why do we continue to swallow these overblown pretensions?

Anybody knowing how testing works, surely knows that test results are about as random and dependable as a survey slant.

My biggest gripe has always been with the one-piece, snap at random, graphite sticks that players en masse have converted to in the last decade. While players love their lightness, their isn't a single statistic that proves to me that players are shooting pucks any harder with them.

Take Tuesday's All-Star game skills competitions as a testing ground. Since the rise in popularity of these graphite sticks who can actually attest to having increased power? Zdeno Chara won the hardest shot competition with his reinforced one-piece, netting him a speed of 100.4 mph. Ten years ago, Al McInnis registered the exact same result with a wooden stick.

So, where's the progress? They shatter more cleanly?

Skate technologies have vastly improved the hockey boot, making them firmer and better fitting. While the more comfortable boots translate into better skating because of feel, it can hardly be claimed that it makes a skater any faster. A new blade technology, such as the CT Edge Skate Design, claims to improve speed with a smoother glide and less dig.

Muscles, training and practice, tend to have more profound effects on a player. Testing is a rather iffy science as it doesn't consider the role that physical improvement plays into results.

With all the supposed advances, isn't it odd to note that in the speed skating competitions at the last decade of All-Star games skills contests, that only three players have had better times than Andy McDonald's 14.03 this past Wednesday.

Yet it is often assumed that today's skaters are much better than years ago. Perhaps that was just Reebok spinning they were wetter years ago.

Skate sharps are a peculiar taste among players, with every player having a prefered technique on demand to team trainers. Many will do it themselves they are so finicky. Give them new blades with slighter flares and they will be filing them whatever way they choose just as they always have.

Does the less dig technology apply to all weights of players, or only the lighter ones?

Will the "no sweat-less-wind-resistant" jersey also make the slow players 8% faster?

There are so many variables in any type of testing, that making large claims can seem dubious, almost misleadingly dishonest.

I never buy into a sales pitch based on on claims. I trust time tested results.

Now where did I put that patent for the velvet cushioned jockstrap? It says here that players wearing them tend to block 53% more shots and have better looking offspring!