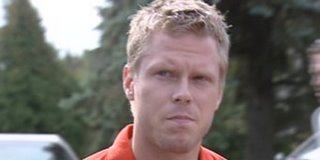 This week marked a return to action for Les Canadiens, as the annual golf tournment was played over the weekend. The entire team minus newcomer Sergei Samsonov, who was having visa issues, were reunited.

Saku Koivu, the cause of much consternation over the summer, due to the injury suffered in last years playoffs, was also on hand.The Canadiens’ captain, still working his way back from an eye injury suffered against the Hurricanes in the opening round of the playoffs, is eager to put his surgically-repaired left eye to the test with the regular season now less than one month away.

"It’s taken a little time, but I really do feel much better," said Koivu upon his arrival.

"Hockey-wise, I’ve been working really hard on the ice since the end of July and it’s been going well.

"I’m still experiencing some problems with my peripheral vision, but as far as day-to-day stuff is concerned, I feel fine," said Koivu. "I did, after all, drive here this morning but the real test will be when I’m back on the ice in a game situation."

No one was happier to see a smiling Koivu in attendance than general manager Bob Gainey, who preached patience concerning his captain’s return to action.

"Following this type of serious injury, there is always a bridge that must be crossed before returning to competition," explained Gainey. "There’s certainly a difference between skating and actual game-type situations.

"Saku has been working out with his former team in Finland and once he is back on the ice with us at training camp, we will all have a much better idea of where we’re at."

Judging by his morning on the links, Koivu appears to be on the right track. While no official points card was obtained to attest to his score on the links, it is said by witnesses that he shot a devastating round of golf. On the front nine, he hit three birdies: a seagull, a sparrow and a chicken in a farmers field - all on purpose! Attempts to take out Radek Bonk were almost as successful, with the Habs leader narrowly grazing his head, but sending an obvious message nonetheless.

"I was aiming for his fat Czechoslovakian arse", said the captain, "It would suit the team best if he started the season sitting on it in the pressbox!"

Also in the foursome was a very paranoid Mike Ribeiro, who was quite hesitant to putt first with Koivu looking on.

"After the haircut he gave Radek I was fearing similar treatment" said Ribeiro, whose english is nowhere this good. Littered somewhere in the comment was a "Tabarnac, watch your backswing Finnface!'

While Koivu showed his competitive game needed no adjustment, others were more concerned about his tactics. Wearing a red shirt a la Tiger Woods, Saku made an enemy or two on the day.

Thomas Plekanec, who does not golf, caddied for Bonk and said "Right before the little bugger shoots, he kicks that litle white thingy closer to the hole soon as he thinks no ones watching. He even butt ended Ribeiro in the gut with his nine iron before his approach shot on the second hole".

Steve Begin, the third member of the Koivu foursome, claimed the captain rolled his ball in goose shit on the walk up from the 7th fairway. "Calice, my ball smell crap when I pull it out of the trou" said Begin.

After the 18th green was completed Koivu lost it a little as he pulled out his driver when he mistakenly took a blue SUV for Jan Bulis' vehicle. Koivu signed the cracked windshield and went on his way.