Take A Picture Of This

Share All sharing options for: Take A Picture Of This 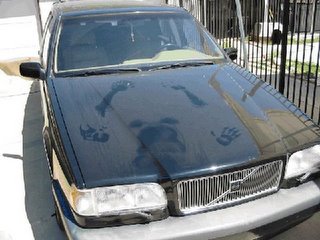 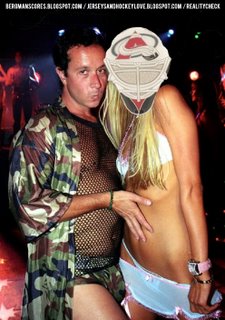 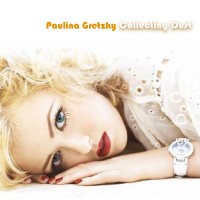 Sometimes when I'm creating a post, I go to Google or Photobucket looking for just the right pic to accompany the story being worked on. Quite often I won't find exactly what I'm hoping to get. On occasion I'll reel in something that can change some of the context of a post. Sometimes pictures inspire a particular idea. Then there are those that I just hang onto waiting for inspiration or six Molsons to kick in.

Now's the time to clean out the closet, so to speak, and let these gems do their own talking!

Here's a few notes on where these ideas may have been going at one time or another.

Notice the bodily imprints on the blue car. Could this Volvo (?) belong to one Mr. Pronger?

That's Paris Hilton being so gayly groped by some wannabe Survivor Fruit Island contestant. Ingmar did some nice work trying to keep rich bitch heiress incognito but the Theo mask gives her away.

Paulina Gretzky - Collecting Dust. Geez, what can add to that? Is there a Tie Domi rap disc on the way?

The "O" jersey is an old Senators 1926 edition. If worn today, the letter would be misconstued as a number.

The Leafs new road duds? An outtake from "Deliverance"? allkidding aside, it's Zanstrom's Mom.

Those banners! I must have attended 50 differents events at the old Forum and the Bell center. Eyes are always drawn to the ceiling by those. Not a Conference Champion banner in sight!

"So ya think it was pure luck and bad calls that won us the cup huh? Well fu..."