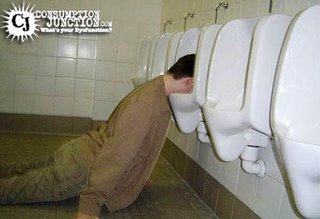 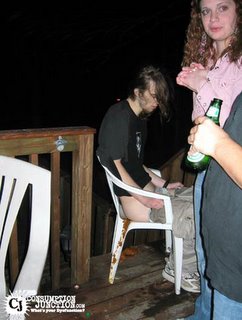 Leafs GM John Ferguson Jr. made quite a slash at the free agent trough this summer. The Leafs mastermind spent a total of 11.55 million dollars on the combined salaries of Pavel Kubina, Mike Peca, Hal Gill, and Andrew Raycroft, who was aquired in a trade with Boston Bruins. In the process of clearing up cap room, the Leafs said "sayanora, domo agrigato" to veterans Tie Domi, Eric Lindros, Ed Belfour, and Jason Allison.

Though the four newcomers do not have the resume of the players they replace, these additions constitute an upgrade from last years team. The Leafs now boast an above average defensive corps, but are more suspect at forward where the third and fourth lines are unstable and thin. Could the Leafs be interested in any more FA's made available after arbitration strikeouts? Time will only tell. For the moments JFJ remains confident his team in on the right to sipping something akin to champagne soon.

It appears Bruins defenseman David Tanabe has rolled the dice and crapped out. Tanabe was awarded a respectable 1.275 million dollar contract through the arbitration process only to have the Bruins invoke the walk away clause in the deal. This represents the third time the Bruins have taken this route to rid themselves of a deal they were not happy with. Tanabe ought to have known better and quite possibly shit himself upon hearing the news.

In 1998, the Bruins turned their noses up at Dimitri Kristich and in 2003, did the same with Bryan Berard. In the Berard scenario, the arbitrator ruled in favor of the Bruins offer over the defensemans requested salary demands. The Bruins baffled many by walking away from their own proposal. Tanabe will likely have to settle for less money elsewhere. Do the Maple Leafs offer potty training courses?