Garth Snow - On The Job

Share All sharing options for: Garth Snow - On The Job 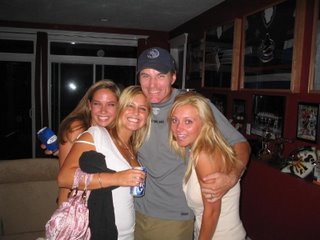 Give the man due credit.

In just days, Garth Snow, newly appointed GM of the Islanders, has filled out his secretarial staff with two hires from (literally) just around the block. No word yet as to why the pregnant lady in the middle holding the Pepsi can failed the interview/audition process. Isles owner Charles Wang (ahem!) applauded the moves with his one free hand, stating, "You should have seen the smiles of the front office staff when the moves were made!"

Next on Snow's list is the likely hiring of Chris Pronger's lawyer and Jose Theodore's marriage counsellor.